The Devastating Effects of Mold: A Real-Life Story 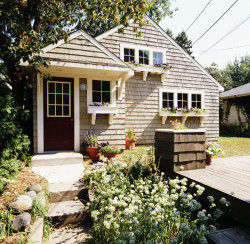 The Effects Of Mold

Imagine finding your dream home only to have it fall victim to a seemingly innocent substance that occurs freely in nature. This was the unfortunate result for a Pacific Northwest couple whose residence of 24 years was destroyed by an infestation that could have been solved with mold treatment.

Craig and Shelly Johnson were newlyweds in 1990 when they purchased their home in Vancouver, WA, a suburb of Portland, OR. Six years later they completed major renovations, including finishing the basement and adding a bedroom and bathroom. They also had new insulation installed in the attic and redid the exterior with new siding and windows.

Several years later, the couple and their sons began suffering from health problems, beginning with respiratory ailments like bronchitis and pneumonia. Craig and Shelly continued to experience further declines in their conditions that seriously impaired their quality of life, including their ability to work. After failed attempts to determine the cause, a random comment from Shelly prompted Craig’s physician to suggest that their home be tested for toxins.

What they discovered was devastating. During that long-ago remodeling, the bathroom vents had never been installed and they were found laid on top of the attic insulation. In addition, the siding covered up the attic vents, creating the perfect breeding ground for mold. Moisture from years of showers resulted in an attic infested with various types of black and white mold.

Prompt mold treatment is essential to keep the fungus from gaining a foothold in your home or office. Our MoldExterm system eliminates the problem and adds protection to prevent it from reoccurring. Visit our website for more information.