Mold Outbreak Death Lawsuit in Pennsylvania Settled for Over $1 Million 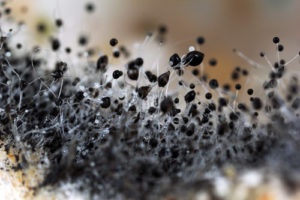 Mold Isn’t Just In Old Buildings, Find Out if You’re Safe Before It’s Too Late.

Do you believe that interior mold and fungus is found only in old, dirty buildings? The University of Pittsburgh Medical Center (UPMC) recently settled the second lawsuit to arise as the result of a mold outbreak dating back to 2014.

Shelby Slagle, a 27-year-old woman from Groveport, OH, had a heart transplant at UPMC, but died in June 2015. This past September, the hospital paid $1.35 million to settle a lawsuit filed by Slagle’s widower.

This judgment came shortly after another lawsuit that settled for the same amount in May 2016. The family of 47-year-old Tracy Fischer of Erie, PA, filed suit following Fischer’s death in October 2014 after developing a fungal infection.

During the period between 2014 and July 2016, three other UPMC transplant patients died as a result of mold infections. All five spent time in a “negative pressure”‘ room, prompting a federal investigation of these cases.

Could These Deaths Have Been Prevented?

According to the Centers for Disease Control and Prevention (CDC), negative pressure rooms are intended to house patients who have a pre-existing infection. The ventilation system is designed to pull outside air into the room, reducing the possibility of infections spreading throughout the hospital but increasing the chance of infections in transplant patients who are taking drugs to suppress their immune systems.

Protect Your Family with Expert Mold Treatment from Stern Mold

When it comes to mold treatment, there is no wait-and-see period. Visit our website to learn more about our proprietary MoldExterm process that safely removes mold and leaves a barrier preventing future infestations.