Mold Rage – Is It Real and What Are the Symptoms? 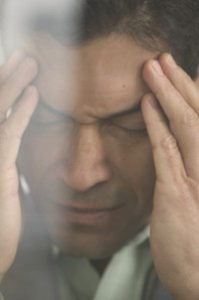 Mold Rage – Is It Real and What Are the Symptoms?

“Road rage” has become such a regular occurrence that it’s earned a listing in the dictionary. It may soon be joined by “mold rage,” a phenomenon that’s become one more compelling reason to seek mold removal in New York City and other areas.

Much has been publicized about upper respiratory symptoms and allergic reactions that are caused by exposure to mold. Scientists are now finding increasing evidence that mold can cause behavioral and neurological problems such as aggression and psychosis.

The culprit is mycotoxins, which are poisonous by-products of mold metabolism in some varieties. Several mycotoxins are so potent that they have been used as agents of biological warfare.

A Growing Body of Evidence

Here are just a few of the studies that have been documented by the National Institutes of Health (NIH):

– In an examination of 100 people who had been exposed to toxic mold in their homes, abnormal nervous system changes were found in all 100.

– Patients in another study reported “moderate” to “severe” physical, cognitive and emotional symptoms after exposure to mixed colonies of toxic mold. Testing showed impairments on a level with mild traumatic brain injury.

– One research team discovered that exposure to toxic molds can cause dysfunction of the body’s immune system, resulting in ailments such as depression, mood swings, sleep disturbance and memory loss.

Don’t put the health of yourself and your loved ones at risk. Contact us to schedule a free mold inspection and learn more about our safe and effective programs for mold removal in New York City.